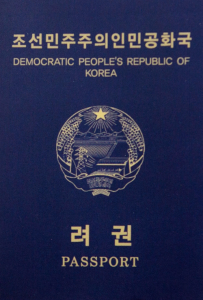 David Mitchell commented in the Observer on 1 April 2018:  ‘I liked the old passports too, though not primarily because of their colour, but because they were bigger and had a hole in the front through to some paper on which someone official had written the bearer’s name in pen. That was what was great about them and, to my mind, would have been a more appropriate aesthetic cause to fight over: “Let’s bring back writing the bearer’s name in pen!”’

Be that as it may you’ll all be aware by now that British (perhaps I should say English) passports are to turn blue when/if the Jacob Rees-Mogg fan club manages to rescue us from the prison that they believe Europe to be.

It goes without saying of course that the current colour is not much associated with this country – apart from our pillar boxes, traditional telephone kiosks, guards’ ceremonial uniform, Chelsea Pensioners, and the cross of St George. Apparently blue is more ‘us’ somehow, the colour of well – lots of things, I’m sure. And an elegant blue passport will really stand out, with only another sixty or so countries possessing this wonderful object. We can stand shoulder to shoulder with North Korea, Somalia, Belarus, the Ukraine, Argentina and the rest including of course the USA.